Tomorrow Kevin Galliven, from The Southern Trust, celebrates a decade of fundraising for Otago Community Hospice through his annual Golf Tournament and auction.

The tournament, which began in 2007, is very popular with golfers keen to have a day on the course, and to also raise money for Otago’s well-loved hospice. Over the last decade, the charity event has raised well over $300,000 for the hospice.

Kevin Galliven, known as Gully, will be there for the first tee off at the St Clair Golf Club tomorrow morning – after weeks of preparation pulling sponsors and the event together.

“There is a lot of work that goes into organising the golf tournament, but it is all worth it given what we raise for the hospice, such an excellent service.

We normally have at least 40 teams. Many of the teams have had some direct involvement with the hospice service, so there’s a real drive to be involved with what is considered the best charity golf tournament of the year. We even have a waiting list,” says Gully.

“The players love the day; they are extremely well fed and watered. The golf is followed by an auction and an evening meal. We have some fantastic sponsors including Lion Breweries, Tiny’s Butchery in Milton, The Southern Trust and Mike Dougherty from Edinburgh Realty. We couldn’t do it without them.”

Otago Community Hospice CEO Ginny Green says the tournament has become a highly anticipated event, with many of the hospice team enjoying taking part in the background.

“So not only do we have staff happily participating in selling raffles and helping out on the day around the course, we also receive a very sizable donation, which has become a wonderful annual gift. We are very grateful to Gully for his continuing and energetic support, and to the Southern Trust for their very generous participation.” 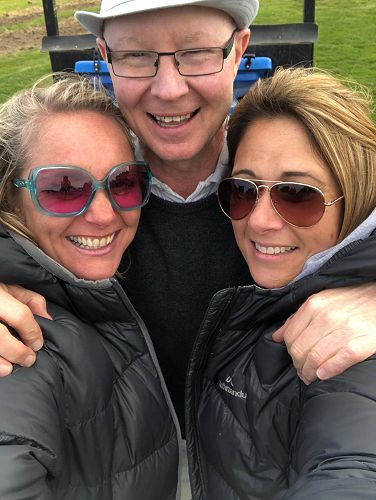 A new podcast series to help carers who have been thrown in the deep end caring for loved ones who are dying is now avai...

Otago Community Hospice is appealing to the community to help it break even following six months of fraught fundraising.

Thank you to our volunteers for their incredible contribution to the Cromwell Hospice Shop, our wonderful shop manager C...